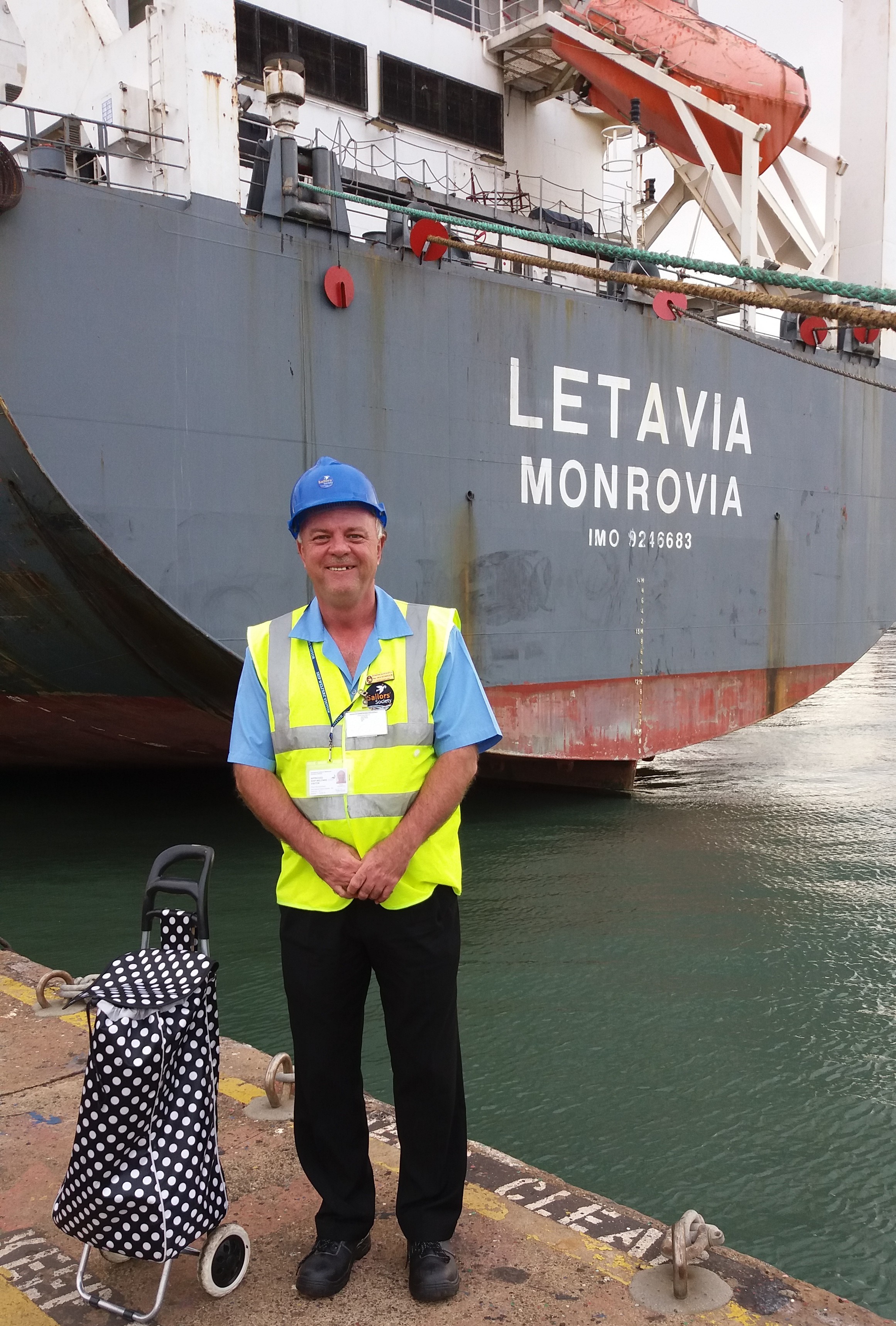 The Sailors’ Society Crisis Response Centre, under the leadership of Rev. Van Schalkwyk, CEO, stepped into the breach when he received information in June regarding the plight of the crew of the vessel, the SPRING BAY berthed in the Port of Maputo. The Russian and Ukrainian crew had not received wages for 6 months, contracts had expired and there was a lack of food and drinking water on board as well as uncollected garbage.

Rev. Van Schalkwyk went to Maputo and together with the Sailors’ Society chaplain in Maputo Rev Azarias Muchanga,  visited the port and met with the Harbour Master and religious leaders in Maputo, to establish how they could help the seafarers. After meeting with the ships agents, the ITF representative, the  agents agreed to pay for the removal and emptying of all garbage containers.

After negotiations, the agents reported that arrangements were being made for the crew to be paid , repatriated, and a new crew to be engaged to replace them.

The crew reported that the intervention by the Sailors’ Society and those who helped resulted in action being taken to relieve the situation.  As one of the crew members stated :”It was a very good love lesson for [Jessieus”.

A successful ending to a worrying situation which once more illustrates the dire circumstances many seafarers are exposed to. 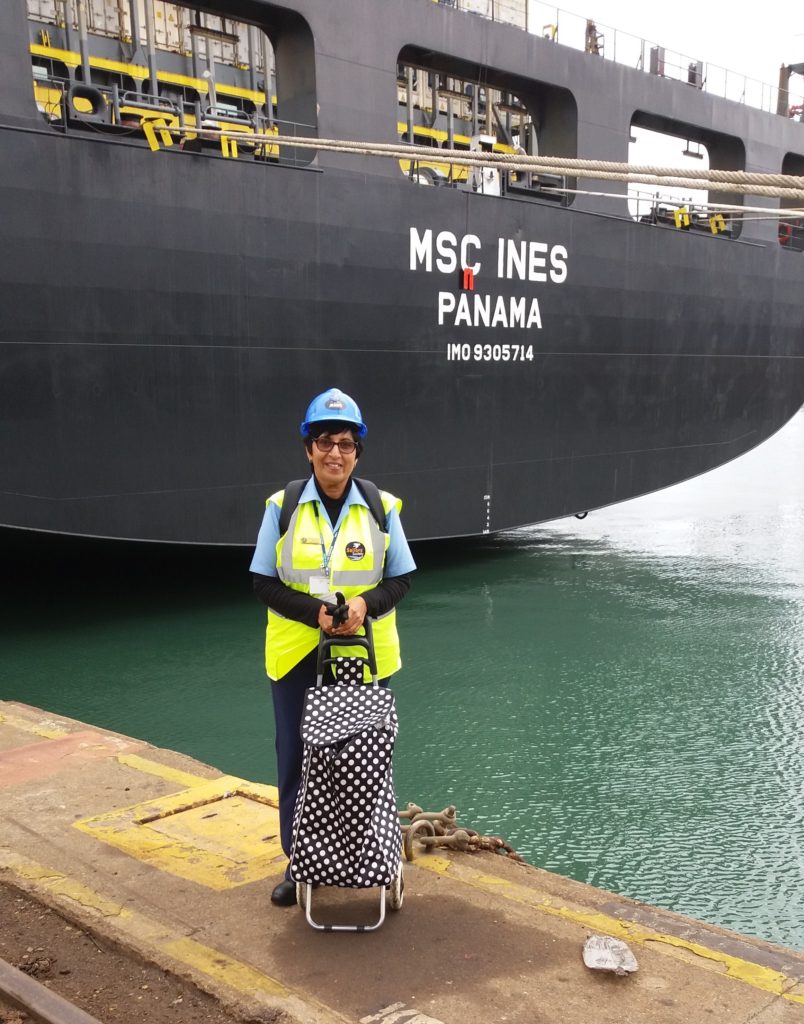 Chaplains Count the Visits … and Get Fit

Sailors’ Society  are proud of Chaplain Paul Richardson and Ship Visitor Jessie Johns who regularly call on ships in the Port of Durban.

Paul recently visited his 900th ship after 6 years of chaplaincy.  During that time he has encountered so many different circumstances the seafarers find themselves in and has felt privileged to help. Jessie started visiting ships in February 2014 and feels she has been calling on ships ‘forever’ and has also said she finds interfacing with the seafarers very fulfilling.

Well done Jessie and Paul, may God bless you richly and may you double or triple the number of ships you visit

Paul and Jessie also visited the largest container vessel the MSC FILLIPPA to visit the Port of Durban. The vessel  had 13 400 containers on board, and 76 steps!!!  So the chaplains get fit when visiting ships!